Let's journey together towards the Celestial City of God, Our Father!

THE SACRIFICE OF CHRIST

1. As the sin of the world was infinite, it was not possible that any sacrifice that man could offer could put away the guilt of sin.

Therefore our Lord Jesus Christ came down from Heaven to make a full, perfect, and sufficient Sacrifice for sin. He died the Just for the unjust, the Sinless for the guilty, to reconcile us to God by the taking away of the guilt of our transgression.

2. Christ sacrificed for this purpose everything that He had, withholding nothing, so that the oblation might be complete. In the Garden of Olives He yielded up His Soul to sorrow even unto death, feeling the natural shrinking from death; endured the revulsion and loathing that accompanied the sense of the vileness and hatefulness of the sins He took upon Him; and by the sense of pain that the presence of sin brings on the soul.

He suffered the bereavement of friends, their cowardice and desertion; the betrayal by Judas, the denial by Peter.

He suffered the privation of His liberty, for He was made fast, and was dragged away by the soldiers and servants.

Before His judges He suffered in His honour. He was buffetted and mocked, and smitten in the face, and spit upon, and exposed to the multitude as a criminal.

He suffered in His reputation. The robber, Barabbas, was chosen in His place.

He was publicly condemned as a criminal. He was made to bear His Cross, and was crucified between two thieves.

He suffered in His Body. He was scourged. He was crowned with thorns, and then smitten over the head. He was tormented by the driving of the nails through His hands and feet. He was tortured by suspension on the Cross; by thirst and fever.

He was despoiled of His garments, and exposed in nakedness to the derision of His enemies.

He was deprived of the succour of His mother, and of His faithful friends in the agony of death.

Finally, He gave up His life, when He had suffered in every way He could suffer, and with a loud cry died.

3. Our Lord Jesus Christ on the Cross by His suffering expiated our guilt.

Our Lord Jesus Christ on the Cross died as a vicarious sacrifice for us.

The Big Book of Christian Quotes 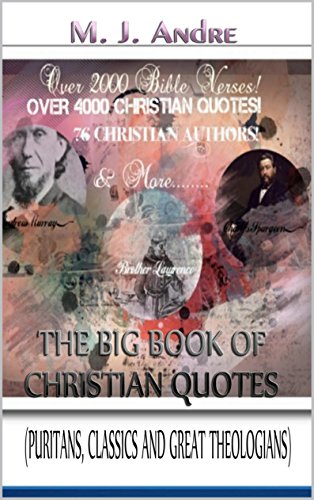